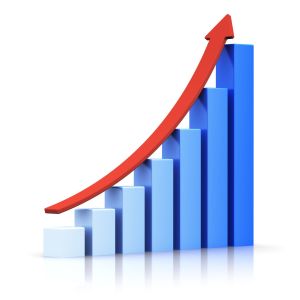 Earlier this week, I overheard a patron remark that he has been living in Benbrook for over seven years, and his current library trip marked only his third visit to the library during his residency. That’s 0.43 library visits per year, meaning unless two-fifths of this guy has been hopping up here, he doesn’t even make it to the library one measly time each year. As someone who makes his second home here (I would sleep, or at least nap, here if I could, but my repeated requests for business hammocks have been denied), I was bummed. To cheer myself up, I did some quick report cruisin’. I found that as of today, there are 11,248 Benbrook Public Library cardholders. In a city with a population of 21,939 (as of 2012, the most recent year for which data is available), that means roughly 51.27% of Benbrookianites have a library card.* That’s pretty good. I should feel better, right?

Well, just because someone has a card for something doesn’t mean that card actually gets put to use (just ask the Walgreen’s card in my wallet, which I only registered for to get a slight discount on candy bars). A slightly more meaningful number would be the number of active BPL cardholders. For the purposes of this exercise, I defined “active” as having been used in the past year. After crunching the numbers on which BPL cards have been used to checkout an item between August 8, 2013 and August 8, 2014, my computer tells me we have 3,093 active cardholders out of a possible 11,248, which is a less impressive 14.1% of the Benbrook population. Despite that relatively paltry percentage, I forged on and found two reasons for encouragement. First of all, I calculated the active cardholder stats for other metroplex libraries and found that our percentage compares favorably. Secondly, and most exciting of all, at least in a nerdy, number-y kind of way, is this table:

Since 2009, the library’s percentage of active cardholders has been increasing healthily, capped off by an uber-robust 125.6% increase from 2013 to 2014. Not only are we getting more and more cardholders all the time, we’re also getting more people who are putting those cards to use. I’ve seen plenty of anecdotal evidence that our library is growing, but it’s nice to see my eyeballs backed up by cold, hard stats. Onward and upward, Benbrookagonians.

*Full disclosure: This percentage is actually a tad lower, as I lazily did not do the necessary calculations to remove our relatively small-yet-still-impactful number of non-resident cardholders from the equation.